Parents possess so many opportunities for their children to be successful. As you search for activities for your child this summer, consider getting them involved in Dungeons and Dragons. Let me share three values of playing this well-established tabletop role playing game.

What is tabletop role playing?

One of the questions I am asked when talking about Dungeons and Dragons is “what kind of video game is it?” Most people imagine children glued to a screen and nothing could be further from the truth! If video games are your thing, then have a blast, but if you are looking for something for your child which involves more social connection, then consider tabletop role playing. Dungeons and Dragons, or D&D, is a simple game where people gather around a table and tell a story. At most the supplies you need are pencil, paper and a polyhedral dice called a “d20”.

Make a choice in game, and roll the dice! The higher the number, the more successful you are. The lower the number, well, time to think of another solution.

Wizards of the Coast, founded 30 years ago, are constantly improving upon the content they release and with the 2014 5th edition update, the books and manuals are geared towards a more diverse audience. The clean artwork captures imagination and the instructions read like a choose your own adventure novel. My 9 year old son has plenty of the content memorized and let me tell you, he reminds me of the rules to the game frequently! If you are a long time player, or brand new to the scene, many parents, like myself, are wanting to get their children involved in such as beloved pastime.

If you homeschool, read through this article on how to Homeschool like a Dungeon Master

In our over stimulated world, we can quickly become isolated. While our smartphones hold our attention, our family tables are left empty. Although we have plenty of wireless connection, people are now less connected than ever. Whatever happened to simply getting together and enjoying each other’s company? Look around, we even have products like Yondr, which are designed to create “cell phone free spaces” so that people can enjoy live entertainment once again. Being present can a problem.

Dungeons and Dragons requires you to be present to play! Much like an afternoon softball game, if you play the field, you remain present your teammates.

The game begins by one person called the dungeon master (DM), setting up a storyline in a make believe world. After the DM sets the stage full of a world with history, interesting locations, fascinating people and problems to solve, then the game is ready to introduce the player characters (PCs). In case you were wondering, Wizards of the Coast produces great story lines like Dragon of Icespire Peak , ready for you to read and play through to completion. If your kids enjoy chasing after dragons, then this story will hold their attention.

If you want to know what I think goes into a great adventure, check out A recipe for a Satisfying Adventure

Next, we introduce players, individuals who take on certain roles in a group called a party. One player may act as a guide, while another acts as a champion. Another player takes on the role of a healer in case anyone is injured while another player acts as the plucky comic relief, making up songs and cheering everyone up when times get sad.  I have described to you some of the job descriptions or classes any PC make perform, such as a ranger, fighter, cleric and bard. When you mix in that fantasy worlds of the imagination often times include more than humans, you now have a party of an elf ranger, a dwarven fighter, a human cleric and a hobbit bard. You can imagine what kind of hero your child will want to play! Much like popular stories such as The Chronicles of Narnia, Harry Potter and The Lord of the Rings, each actor plays a different kind of character to balance out the skills of the party. With each session lasting anywhere from 2 hours to an entire day, people spend time together, creating memorable stories.

This brings us to another value of the game. In D&D, players collaborate, rather than compete with each other. Everyone can take on the hero role, and everyone can win as long as they listen. While most board games involve individuals vying for power, money and spaces on the boardwalk, Dungeons and Dragons has always been about players working together to solve logical problems.

For example, if our party comes across a drawbridge manned by hideous monsters, each of the players indicate what their character would do in that situation. The ranger would scout ahead looking for a secret way in, the fighter would stand their ground and protect the party, the cleric would hold back some healing power in case one of their comrades needed aid and the bard would taunt the enemy, seeking to distract them. This kind of play promotes active listening. D&D allows each player to talk around the table, scribble notes and spur each other on much like friends telling ghost stories around a campfire. While one player shares, the others listen and from there, plan their next action. This kind of play promotes children learning to listen to the dungeon master and each other and therefore developing empathy, understanding and teamwork.

Of course, this highlights another value. Dungeons and dragons teaches children how to problem solve. The dungeon master works to set up a verisimilar conflict in a simulated world. Sometimes this problem involves a trap door in a dungeon, a small village threatened by an incoming tornado, or a city guard needing convincing to aid in setting the prisoner free. Keep in mind, a life of adventure poses many challenges throughout the average day! After perceiving the problem, each player goes around the table generating ideas and discussing how they plan to rectify the situation. Much like the improvisational music of jazz or blues, each player needs to show up in the scene if they want to support each other. In role playing games, each child plays a part to create a good story worth telling over and over again.

Lastly, on a personal note, as a first time player in 2017, I introduced Dungeons and Dragons to my children, ages 5-9, both boys and girls. I noticed their love for reading and writing skyrocketed over one summer adventure we played together. Dungeons and Dragons was like rocket fuel to their education. Whether it was math or language arts, every subject improved the more they played. Without any prompting, they spent their days drawing maps, writing stories and stapling the pages together to make little books. And when we were done, they then spent time outside, acting out the adventures once again. Their attention span increased. They found a love for reading books to each other and this filled my heart with joy. In a world where we increase our connection to screens, I express gratitude to this game of storytelling. Dungeons and Dragons has helped me and my children connect to each other. My family will be upholding this value for a long time. 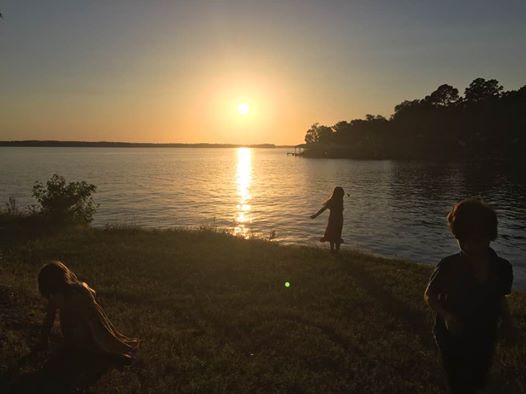 One thought on “How playing Dungeons and Dragons improves child interactions.”